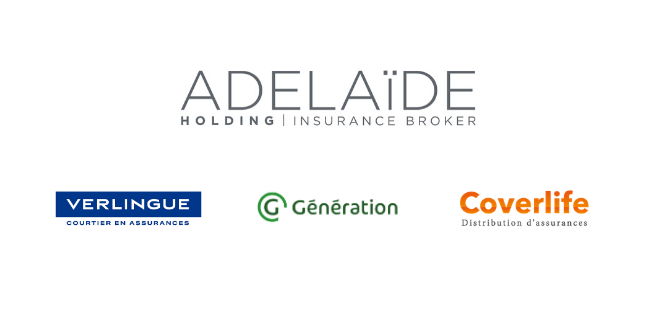 In January 2020, Gilles Bénéplanc will join the Adelaïde family holding company, which brings together the brokers Verlingue, Génération and Coverlife, as Group CEO and CEO of Verlingue. He is tasked with steering the ambitious development and transformation plan in a context of strong growth.

Alongside Jacques Verlingue, he will be involved in the entire Adelaïde development project. Organic growth, international expansion and digital transformation are the three main priorities the group has set itself to achieve its objective of doubling in size by 2022.

He will be tasked with preparing Benjamin Verlingue to take over the Group’s management in the best possible conditions in due course.

As CEO of Verlingue, he will be supported by Jean-Marc Esvant, who will become Deputy CEO of the insurance broker at the beginning of January.

Jacques Verlingue, Chairman of the Adelaïde Group, says: “I am very pleased that Gilles Bénéplanc has joined our ambitious project to build a major European, family and independent insurance brokerage group. He will bring us his extensive and diverse experience, his in-depth knowledge of markets and his expertise in team management.

He will be part of our transformation and growth drive in France and abroad, drawing on our values and the formidable talents that make up our group. Together, we will continue to develop an even more digital, even more European company (England, Germany, Switzerland, Italy…) that brings its customers and partners a unique trust-based relationship”.

Gilles Bénéplanc is a civil engineer from the Mines de Paris, an associate member of the Institut des Actuaires Français and a doctor of economics.

He began his professional career with the AXA Group where he held various positions, particularly in the field of major risks. In 2000, he joined the Mercer Group where he was appointed Chairman and CEO of Mercer France in 2006. In 2009, he took over responsibility for the Europe / Africa / Middle East region, then in 2012, he was appointed Global Head of the retirement business.

He joined Gras Savoye in 2013 in charge of the France-based operations before taking over the General Management of the French leader in brokerage in 2016.

Contact us
By continuing your visit to our website without changing the settings of your cookies, you accept the use of cookies to offer you services adapted to your interests and make visits statistics.OkLearn more